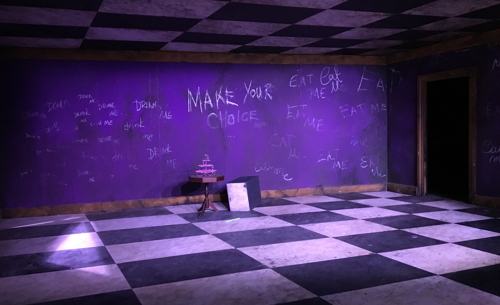 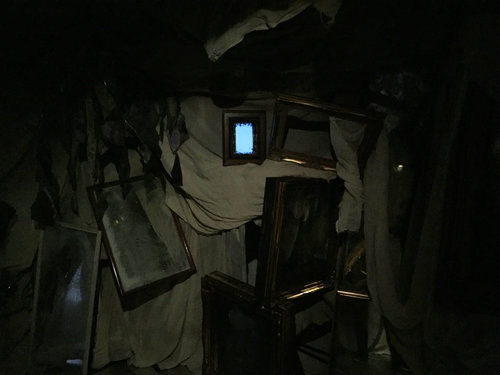 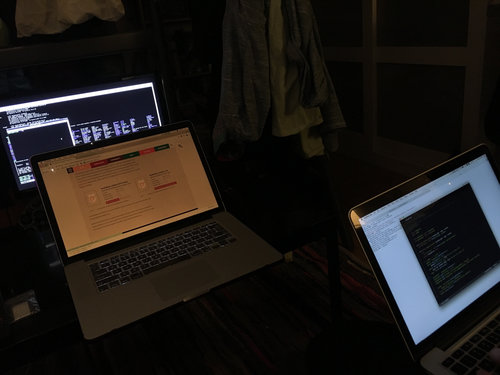 In collaboration with Gillian Tan

Alice’s Adventures Underground was an interactive theatre experience taking place in The Vaults in London, a venue located under old railway vaults near Waterloo Station. The show was segmented into different rooms in the venue. To reduce the need for cable runs through the vaults, a couple of video installs made use of Raspberry Pi’s which accepted OSC commands for playback control.

One of the two installs was a Raspberry Pi powered by a power bank which had been built to look like a hand mirror. In one scene, an actor holds up the mirror in front of the audience, briefly showing a glance of Alice before she disappears.

The show was run on timecode, with the video server sending OSC commands to the Pi’s at set times. This allowed the Pi’s to play back content in sync with all of the other installations in the show.

Since the Pi’s were network connected, content could be changed on the fly and provisions were made so different videos could be played back to correspond with different cast members on different evenings.